After the resounding success of their fourth album, 2012’s Mirage Rock, Band Of Horses take a step down off their mainstream indie rock pedestal to reevaluate their status as such in Why Are You OK (2016).

It may sound bitter and petty to say that their biggest success is also their worst album -and even that isn’t true- but when we think of Band Of Horses, we think in terms of Infinite Arms (2010) and Cease To Begin (2007). Sullen and quiet indie rock, best listened through headphones on a chill autumn evening. 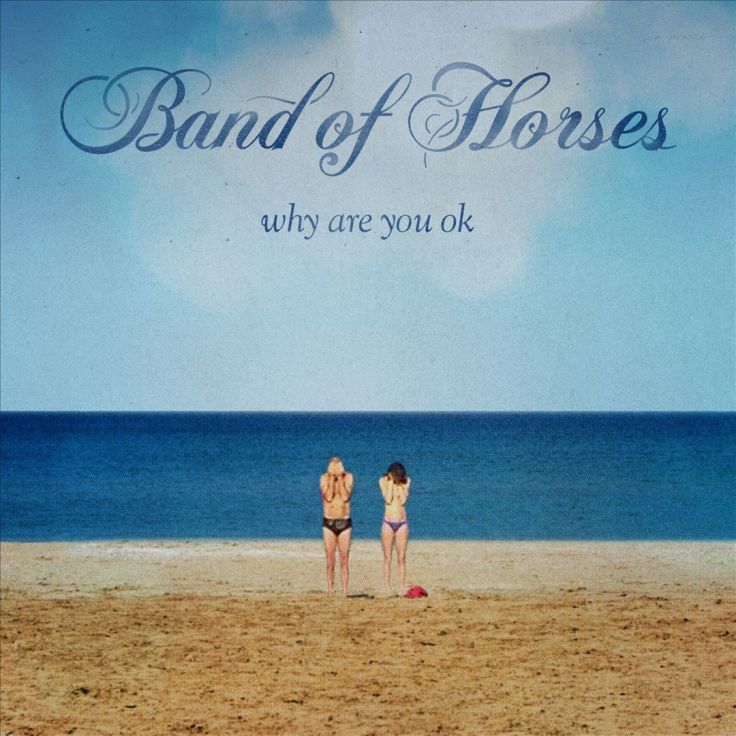 Why Are You OK returns to familiar grounds, with the slow jams and easy melodies. Ben Bridwell (vocals, guitar, keyboards) shifts attention from imaginary faraway places to snapshots of everyday, common life. He sings about killing time, getting wasted, fatherhood, or getting arrested. Common, everyday, small-town country rock songs.

Maybe the most accurate description of this album’s sound comes not from the sound itself, but from the cover art. This is the first time the album cover doesn’t feature wide, open spaces or semi-claustrophobic scenes. This is the first time actual (anonymous) human beings are given the spotlight. It doesn’t speak of what may be somewhere else, but what is right here, right now. Newfound priorities, maturity and the importance of life.

This is a rock and roll record for (or, rather, about) the new rock star: the one with a mortgage and four kids to look after. It’s honest, grown-up and calm. That’s not to say any talent is left aside. This is a very, very good record.

Catch up with Band Of Horses on tour.

Listen to Why Are You OK below.